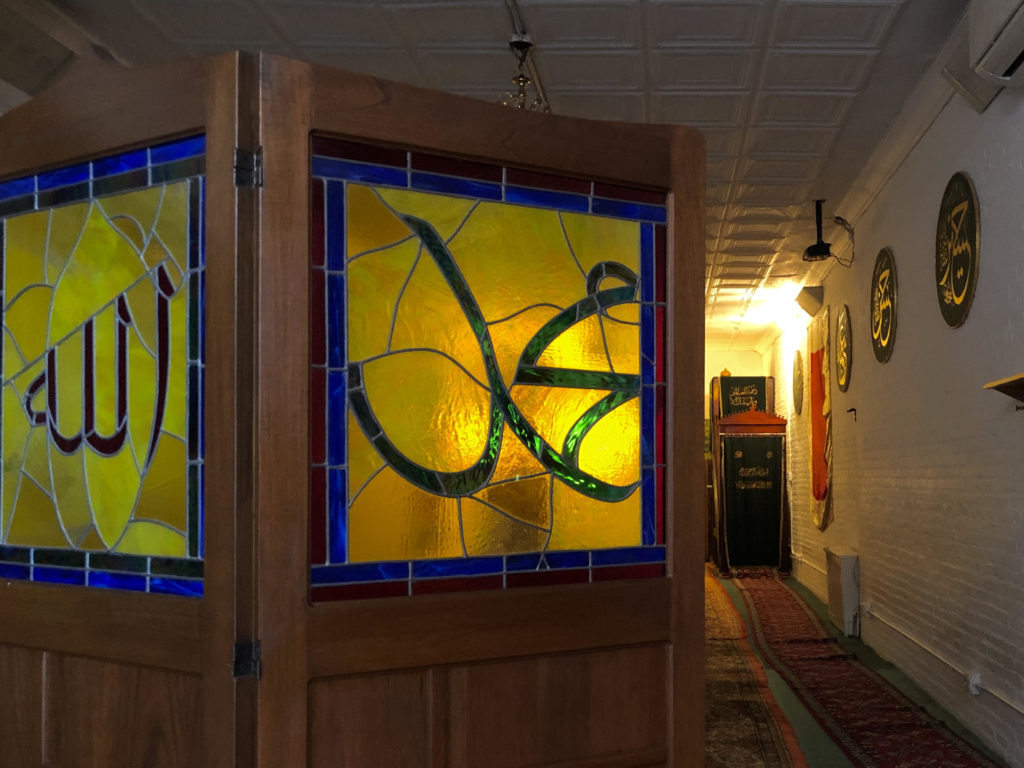 The first time Gabriel Arkles met a transgender person was during the summer of 1999 at an LGBTQ Muslim conference organized by the Al-Fatiha Foundation, a faith-based organization that tackled issues relating to gender and LGBTQ rights.

“It led me to question my own gender and eventually come out as trans,” Arkles said.

At the conference, he met more people challenging the prevailing norms around gender segregation in mosques.

For Arkles, who never liked that women prayed behind men, talking with people who agreed made him more confident in his belief.

While attending the conference, a lesbian couple told him a shaykha, the term for a spiritual leader in the Sufi sect of Islam, in New York had officiated their wedding. When he moved to the city, Arkles started going to the Dergah al-Farah, a center of worship in Lower Manhattan. Dergahs differ from mosques in that they are specifically for Sufi Muslims. He told people at the dergah that he had learned of it through an LGBTQ conference. He now goes every week.

Shaykha Fariha Fatima al-Jerrahi is the first female spiritual leader of a dergah since 1995. When asked about the wedding she officiated, she sounded blasé about the dergah’s support for the LGBTQ community.

“We don’t position ourselves as legalists, as righteous or truthful. It is not our place. Our place is more to love and inspire love in others,” she said. “[Sufis] do not position themselves as judges over other people. Their place is simply to be servants.”

At the Dergah al-Farah, women and men are divided between the right and left sides instead of in front and back, and no particular mode of dress is required from people of a specific gender. Women can also lead prayers.

“I don’t want to be aligned with a movement,” al-Jerrahi said. “We’re here for the heart, and connect our heart to God.”

For his part, Arkles said he finds value in the queer Muslim community, a connection he cannot always find elsewhere.  “Sometimes in the queer and trans community there is this real commitment to secularism. It’s hard to talk about God, the sublime, and try to be on a spiritual path,” he said. He has been in queer and trans places that were Islamophobic or preferring scheduled Christian culture, over Muslim holidays.

Arkles said he feels there is something special about religious spaces that are free of Islamophobia or anti-Semitism. He values things like “community, singing [or] spaces where there’s some sense of ritual and sacred, whether or not someone associates that with God, and music. I love music,” said Arkles.

Arkles is part of the Muslim Alliance for Sexual and Gender Diversity, which was founded in 2013 in Atlanta and hosts a retreat for LGBTQ Muslims each year in May. Those retreats have led to the creation of other groups, such as the Queer Muslims of Boston and New York’s Queer Muslim Reading Group.

Arkles has also been working with the ACLU on the recent Title VII Supreme Court cases that will decide whether someone can be fired for being LGBTQ.

“Faith, politics and friends,” Arkles said. “I wasn’t sure that those things could be blended,”