Comics of a Feather Flock Together 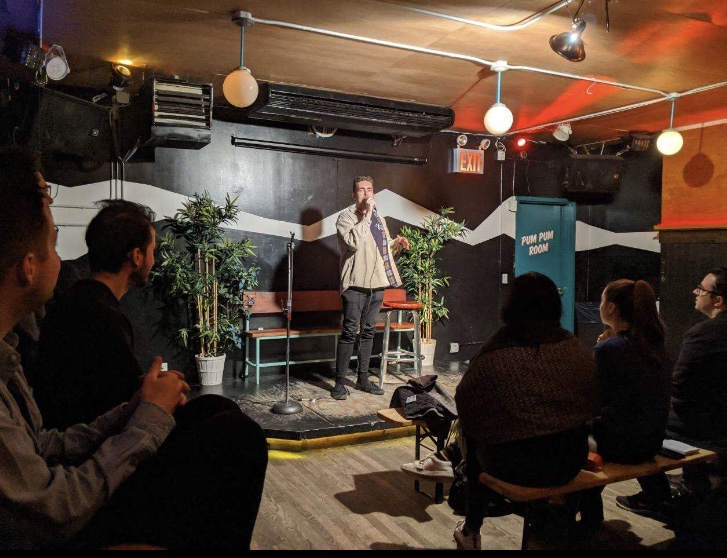 “I wrote a parody of the new ‘Frozen’ song, but about Grindr today. Is it OK that I sing it to you?” Schuyler Robinson asks the audience.

The Brooklyn comic gets a roar of cheers from the backroom of Starr Bar, a club tucked into the Ridgewood neighborhood of Queens. There are about 20 people in the audience, all women, people of color or members of the LGBTQ community. They are crammed into a room with a stage, a small bar, four rows of chairs and three cat paintings.

Robinson plays his phone into the microphone, belting out a song about his sexual encounters. The crowd cackles, and his face lights up as he transitions into the chorus.

“Inclusive mics” are a staple of the New York comedy scene. They provide a safe space for traditionally marginalized voices to perform. In the past few years, the comedy industry has been more welcoming of unique points of view. Still, a strong community has been established in the underground scene. It’s a supportive group: Comics who have met at these mics book their peers for their shows, have them as guests on podcasts and support one another on social media.

At the popular Broadway Comedy Club on 53rd Street in Midtown, Carlos Garcia has been booking diverse talent on his monthly event, “The Greatest Show of All Time,” for three years. 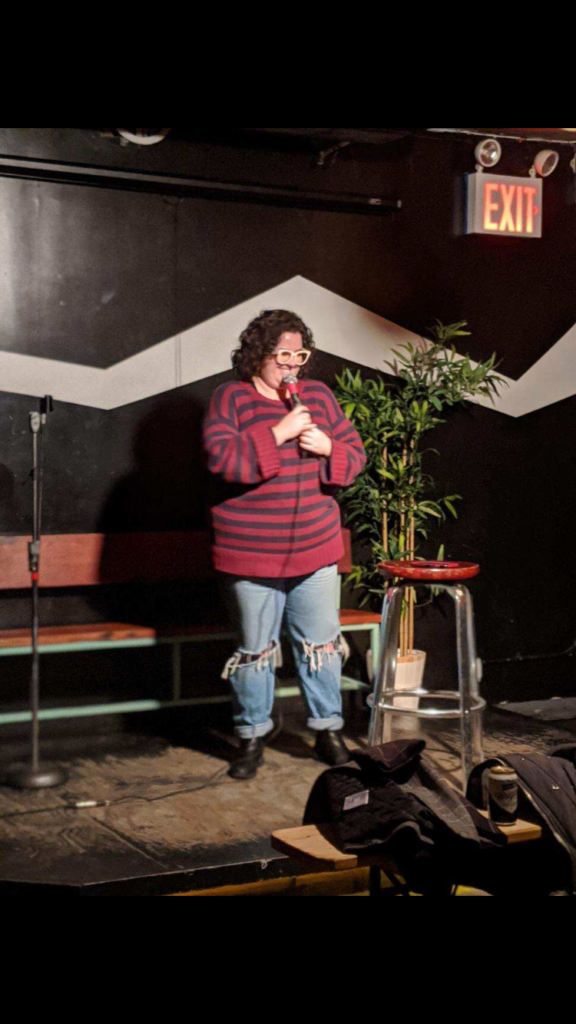 “The name of the game for me is diversity,” said Garcia, 31, of New Jersey. Assembling an assortment of comics is essential to him, and not just due to societal trends. “It’s not just because the P.C. culture, but for me, you know, I get bored of watching the same comedian come up eight times,” he said. “I want to give the audience a taste of a little bit of everything.”

Nick White, a comedian and Youtuber from Brisbane, Australia, found the inclusive mics a safe arena for coming out. He said he has always been attracted to comedy that comes from marginalized identities.

“Comedians that are a minority, I think, are typically funnier,” he said. “They put the most thought into what they perform as opposed to, I mean, straight white men, that just kind of do whatever they want to and don’t care, because of the confidence that life has given them.”

Yeganeh Mafaher, 21, speaks of the political correctness take over. “There’s a wave of white women in Brooklyn who, like, don’t let anyone say anything if it’s not ‘woke’” — a Millennial/Gen Z term meaning conscious of oppression and injustice in society.

Mafaher is launching her own show “Shalom Habibi” next year, featuring comedians of Jewish and Arab descent, with an aim to bridge cultural tensions via comedy.

But she sees irony in comedy’s progress when it comes to some of her peers’ attitudes towards her. “So, it’s inclusive if you are very much, like, on your tippy-toes. Like I’m a young woman of color, and I even get told, ‘Oh, you can’t say that,’ but the person telling me that is white.”